In 1969, our school moved to its current location. The new school was spacious; open tracts of land bordered two sides of the building and residences faced the other two sides. At that time, our students could fill one class per grade level.
Our school did not stay small for long. The school has tripled in size over the past 20 years in response to the staggering commercial, industrial, and population growth in the area. In 1985, 11 classrooms and a gymnasium added needed space to accom modate for the growth of the number of students. Population growth in our attendance area has broadened the socioe conomic and cultural range of our students. Nearby highways were widened in anticipation of extensive commercial development. Portables were added and every conceivable space, including a janitor’s closet, housed the programs that served our students. A second wing in 1994 added the media center, twelve classrooms, teacher/parent workroom, book/materials storage, specialized speech/language classroom, double music room with partition and stage which also faces a cafetorium, an office complex with health-care area and guidance suite and the principal’s office. Classrooms in the older sections of the building were remodeled. The highlight of the addition was the media center that included 6,273 square feet of library space, computer lab, office, workroom, storytelling area, storage, and a Teacher/Parent Resource Center.
Two additional wings were added to the existing school during the 2008-2009 school year. On the kindergarten wing, a workroom, ESOL room, LEAP Lab, two additional first grade classrooms, and a computer lab were added. A second wing was added to the fourth grade wing. This addition consists of a second computer lab, a multi-purpose room, and classrooms. We currently have 6 classrooms per grade level. Our diverse 693 student population spans all socioeconomic levels and academic abilities, ranging in age from 4 to 12 years old in kindergarten through fifth grade. Because our community includes families from over 14 different countries and nearly all fifty states, our student population is culturally diverse. Our students are the children of doctors, teachers, executives, industrial workers, and countless other professionals. All of their parents are seeking a quality education for their children. Our school is the heart of the community. 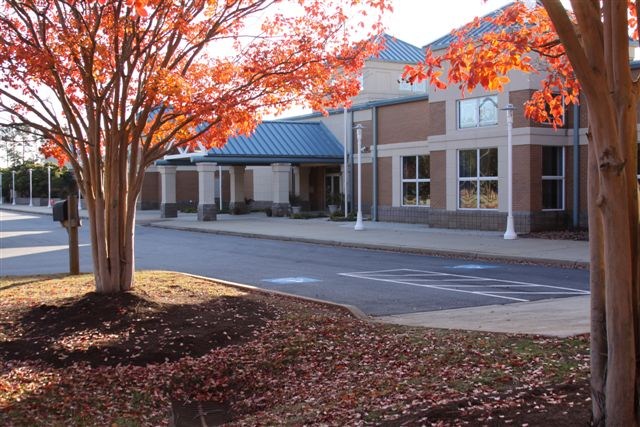